Adapted from Colombian drama Yo soy Betty, la fea, Jassi Jaissi Koi Nahin launched in 2003 and had a successful run till May 2006. The Sony TV drama opened to big numbers and continued to top the chart for a long time. Starring Mona Singh and Apurva Agnihotri in the lead roles, the show was much loved. Even it’s title track sung by Shaan was popular among television viewing audience.

The series revolved around smart and talented girl Jassi, whose less than ordinary looks made her a subject of mockery. She joins a fashion house and works her way up, fighting all kinds of prejudices, and finally, emerges as a champ. Like most TV shows, the show featured a big twist when the plain-looking Jassi undergoes a makeover and comes back as Jessica Bedi to avenge all the wrongs done to her.
This was for the first time that television audience were treated to an unconventional looking leading lady. Jasmeet, fondly called Jassi, was the ugly duckling in the fashion house. While she was intelligent, talented and kind-hearted, her not-so-pleasant physical appearance made people ill-treat her. She manages to make a place for herself thanks to her talent and even finds the love of her life. Mid-show, Jassi also got a makeover that revealed her glamorous side.
Mona Singh made her small screen debut with Jassi Jaissi Koi Nahin. The unique marketing strategy led people to believe that she indeed looked like Jassi. Only after the makeover, did people find out how she looked in real life. Post the show, Mona went on to win Jhalak Dikhhla Jaa, and even hosted the next season. She has also been a part of serials like Kya Huaa Tera Vaada, Pyaar Ko Ho Jaane Do, Kavach and films like 3 Idiots, Utt Pataang and Amavas. On the digital space, she has been part of the two seasons of Kehne Ko Humsafar Hai and also played the loving mother in Yeh Meri Family Hai. Her latest project MOM: Mission Over Mars will start streaming from September 10. The heir to a fashion kingdom, Armaan was a typical rich spoilt brat forced to carry on the family business. He hires Jassi for her brains and also a way to keep his fiance’s pesky friend out of his way. Jassi helps him establish himself as a businessman and even saves him from big losses. Armaan fakes an affair with Jassi, who is already under his spell, for his benefit but ends up falling in love with her. Jassi’s presence in his life also helps him become a better human being.
Apurva Agnihotri made his debut with the popular film Pardes. He also starred in films like Pyaar Koi Khel Nahi, Krodh, Pyaar Diwana Hota Hai and Kasoor among more. While many are still sceptical to move to television from the big screen, back then, Apurva took the risk of taking up the lead role in Jassi Jaissi Koi Nahin. His decision bore fruit as he went on to do many fiction and non-fiction shows. His most popular work include Radhaa Ki Betiyaan Kuch Kar Dikhayegi, Aasman Se Aage, Ajeeb Dastaan Hai Yeh, Bepannah, Bigg Boss 7, Nach Baliy and Power Couple among more. Apurva was last seen in Kehne Ko Humsafar Hain 2.
Armaan’s arrogant girlfriend Mallika went the extra mile to make life hell for Jassi. Initially, she was happy to have Jassi as her boyfriend’s assistant, knowing he wouldn’t flirt with her. However, seeing the two become friends, made her jealous. Also, when she gets to know that Jassi is in love with Armaan, she tried her best to put her down in front of him.
A popular model, Rakshanda Khan made her TV debut with grey-shaded character Mallika in Jassi Jaissi Koi Nahin. Post that, she made her presence felt in shows like Kyunki Saas Bhi Kabhi Bahu Thi, Kasamh Se, Adaalat, Bade Achhe Lagte Hain and Brahmarakshas among more. She was last seen playing the antagonist in popular supernatural drama Naagin 3. 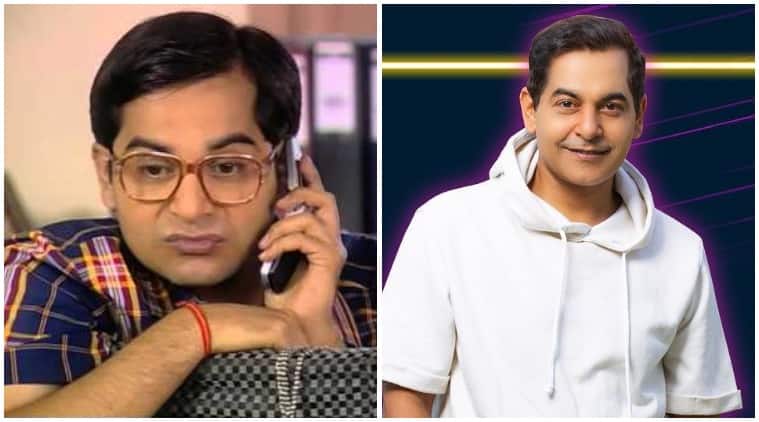 Nandu was Jassi’s best friend and her sole confidante. The two were childhood friends and a replica of each other. While Jassi had her heart set on Armaan, Nandu secretly loved her. As a true friend, Nandu stood by Jassi’s side and helped her overcome all problems in her life. It was Nandu who also helps Jassi, when she forms a company to help Armaan.
While Gaurav Gera started his career with Life Nahi Hai Laddoo, it was Jassi Jaissi Koi Nahin which made him a popular face on TV. Known for his comedy skills, Gaurav has also been part of shows like Mrs Pammi Pyarelal, Baat Humari Pakki Hai and Kohi Apna Sa among more. His characters Chutki, Shopkeeper and Billi Maasi are popular on social media. Last seen in Boss: Baap of Special Services, Gaurav has also been part of Bollywood musical Jhumroo.
The chief designer at Gulmohar, Maddy couldn’t stand Jassi and her less than ordinary personality. One of the few gay characters on television, Maddy had an over-the-top personality but he was a strict professional. Later in the show, he joins hands with Mallika to throw Jassi out of the company.
Rajesh Khera has been a popular name in television and films. On the small screen, he has been part of projects like Swabhimaan, Tara, Left Right Left, Bhaskar Bharti, Uttaran, 24 and Naagarjun among more. On the film front, he is known for his roles in Josh, Taal, The Train, Hate Story 2 and Thackerey.
Apart from the above-mentioned stars, few other actors played important roles in Jassi Jaissi Koi Nahin – be it Veerendra Saxena as Jassi’s father, Parmeet Sethi as Armaan’s confidante, Manini Mishra as Mallika’s best friend, Karan Oberoi as Raghav, Vinay Jain as Mallika’s brother and Armaan’s arch-nemesis or Samir Soni as Jassi’s saviour.

The Tips to shop and Use an Air Purifier